Nigerian multi-award singer and songwriter, Tiwa Savage breaks the Internet with the pictures of her towel series. 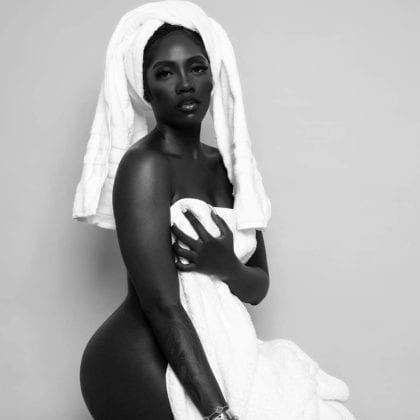 African badgirl and mother of one, Tiwa Savage released naked photos of herself in towel via her social media page on the 1st of November 2020.

The sensational towel series was photographed by Sumisolo and Tiwa was artistically captured bare in all her shades of melanin glory. She tweeted:

Fans of the “Koroba” crooner were drooling over the eye-catching pictures. We spotted a few:

Morien Wants You To Know That There Is “Hope” | Listen

WANI – All My Ladies