“Bars & Lamba” comprises of 5 solid tracks, it includes collabos with Umu Obiligbo, Zlatan, and Ninety who appeared on 3 tracks.

Speaking on the new extended play, Magnito has this to say:

It’s been a blessing having you ride with me, having fun with me. This is my career and I’m passionate about dropping dope content for you, my fans.

For those of you who have been mad busy for me; recording this EP, photoshoots and evrything. You guys really keep me going and it’s only love from this side Many thanks for your love and support. Shoutout to my #FreshOutCrew, Welcome to #BarsAndLamba‘.

#EndSARS: “Your voice is being heard!” – Nicki Minaj

The videos of gross disruption and killings of unarmed protesters by Nigerian force men and the persistent outcry of Nigerians on social media has made some international artists like Nicki Minaj support the movement.

Nicki Minaj took to social media on the 21st of October 2020 to encourage Nigerians that their voices are being heard. In her words:

Standing with & praying for the brave young people of Nigeria who are on the front lines of this senseless violence. Your voice is being heard.

US-based Afrobeats act, DolapoTheVibe is one of my personal favorite new acts. Her talent is on full display in her latest EP – Unanticipated.

Whenever you hear “Jo…Joeboy pon deck“, you already know it’s a bop!

Joeboy has carved a beautiful niche for himself as the loverboy of the industry. Listen to “Lonely” below.

Two years ago, Ir Sais (real name: Irgwin Placido Sluis) released his single “Dream Girl,” singing about the girl of his dreams in his native language, Papiamento. The song became a smash hit in 2019 when he did a remix with Puerto Rican singer, rapper and songwriter, Rauw Alejandro.

Now we have a global remix, assisted by Davido alongside the legendary Sean Paul. The video was shot and directed by Ryan 2d Navarro. 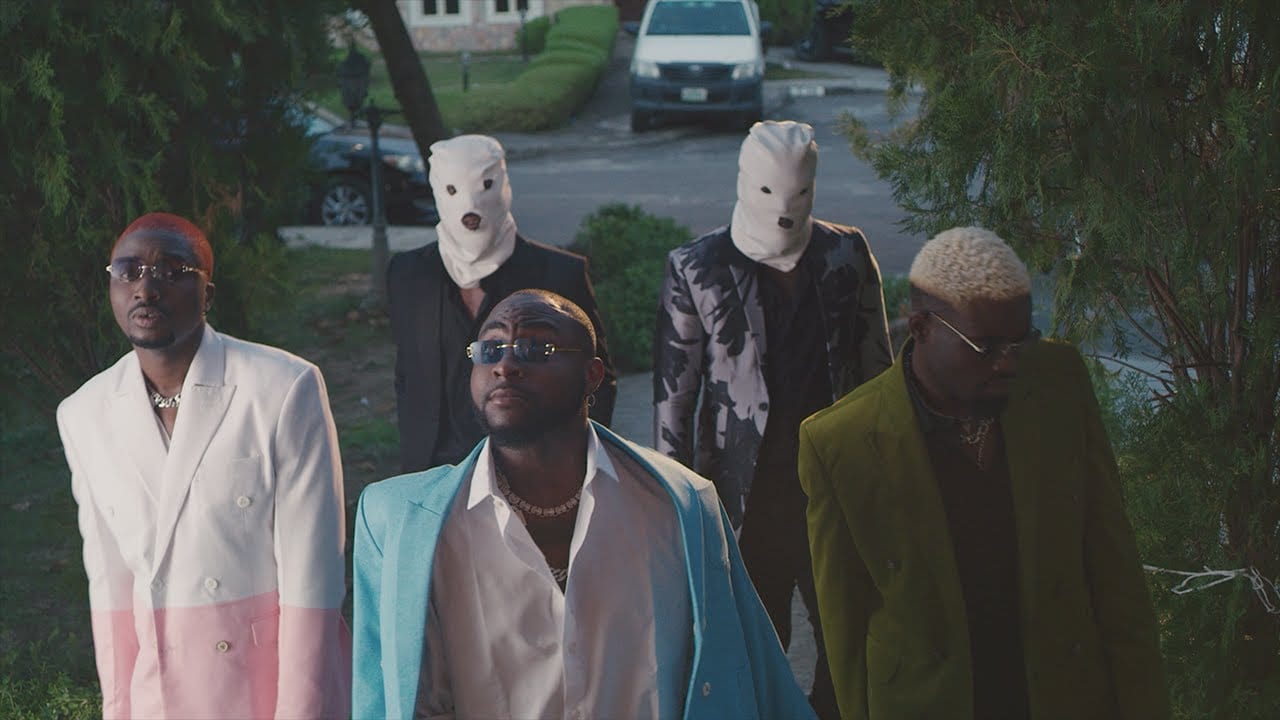 The Davido-aided remix for the conscious number about the diminishing state of the country, extrajudicial killings, and police brutality comes just the #EndSARS movements is hitting a fever high across the globe.

Davido and the green music stars Ajebo Hustlers, move to bring light to these societal ills with “Barawo.” The video was directed by Prodigeezy.

Wizkid reveals he turned down collaborations for ‘Made In Lagos’ album

Wizkid was spotted in a video interview with D boy Dayo and Marsour Bellow on ‘The Beat London 106.3fm’ to talk about his upcoming album. When asked about the album, Wizkid said:

‘Made in Lagos’ has been 3 years coming and I’m just excited that I’m putting this out cause it’s like… The title of the album is self-explanatory, I’m made in Lagos, that’s where I’m from, that’s what I represent, it runs in my blood and I never run away from that. I live, breathe that place mehn because I love that place, that place made me who I’m today.

‘Starboy’ as he is also referred to, further expressed his intentions for this particular album, in his words:

The miracle of 2020 – Omah Lay comes through with the cricket remix of his smash hit record, “Damn.”

After the massive success of his debut EP “Get Layd“, Omah Lay serves the pop version of the critically acclaimed “Damn.”